A long story of comedy: the USA 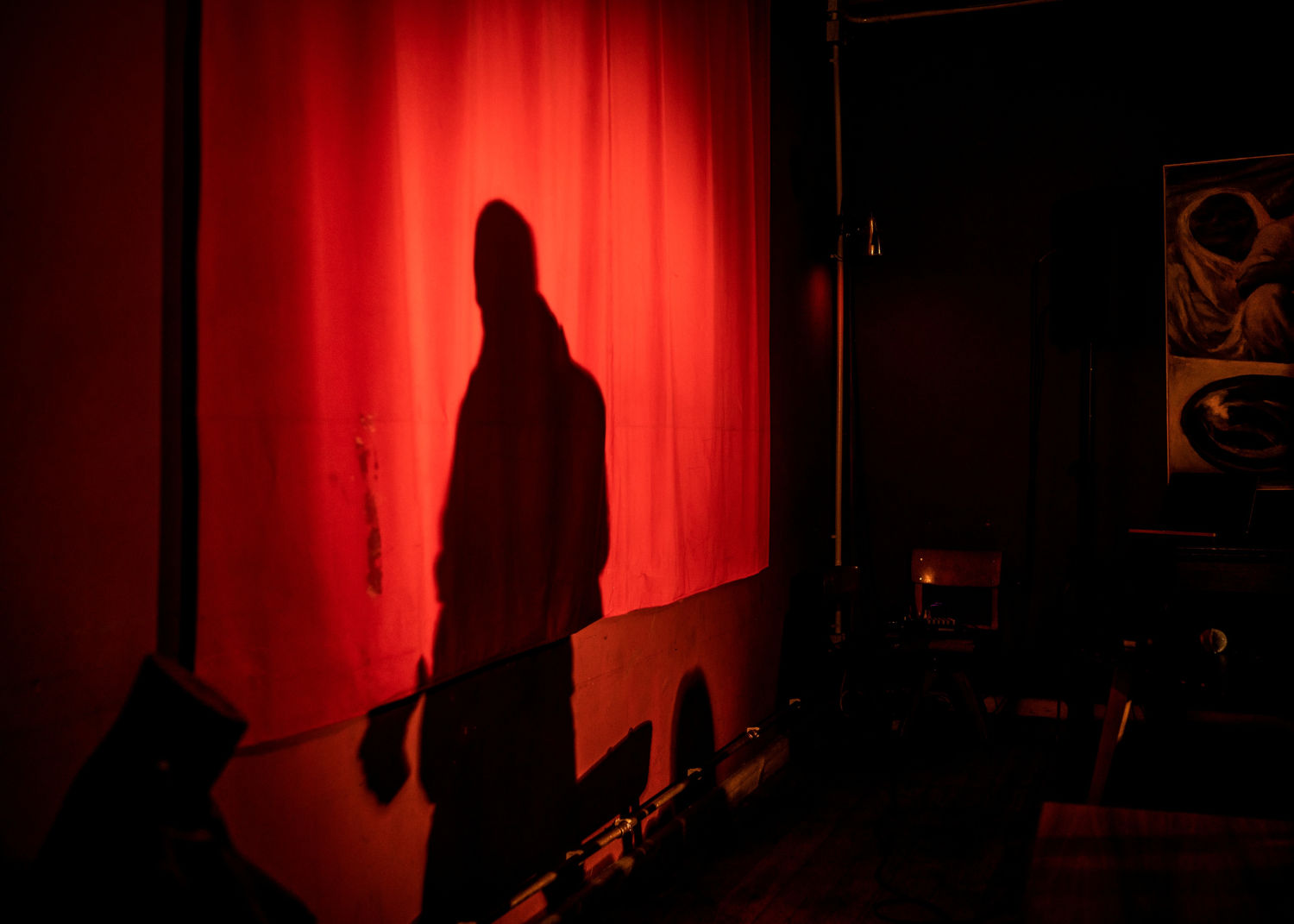 At the beginning of the 1950s, a slim man climbs onto a stage in a smoky bar in New York. He looks a bit like the singer Elvis Presley and wears an accurate suit. The man had noticed: When war veterans are on stage, they always mention their military merits in order to establish a relationship with the audience. He had been a Navy soldier himself in World War II, fought against the Axis Powers in Italy, but this he finds quite silly. That's why he attached orders and medals to his suit, bizarrely enlarged. For starters, he lets the band play a marine march. He can hardly say a sentence, when a spectator jumps up and wants to attack him. „It was the first time that I felt real hostility from an audience“, the artist will later write in his biography. „And they'd missed the point.“ 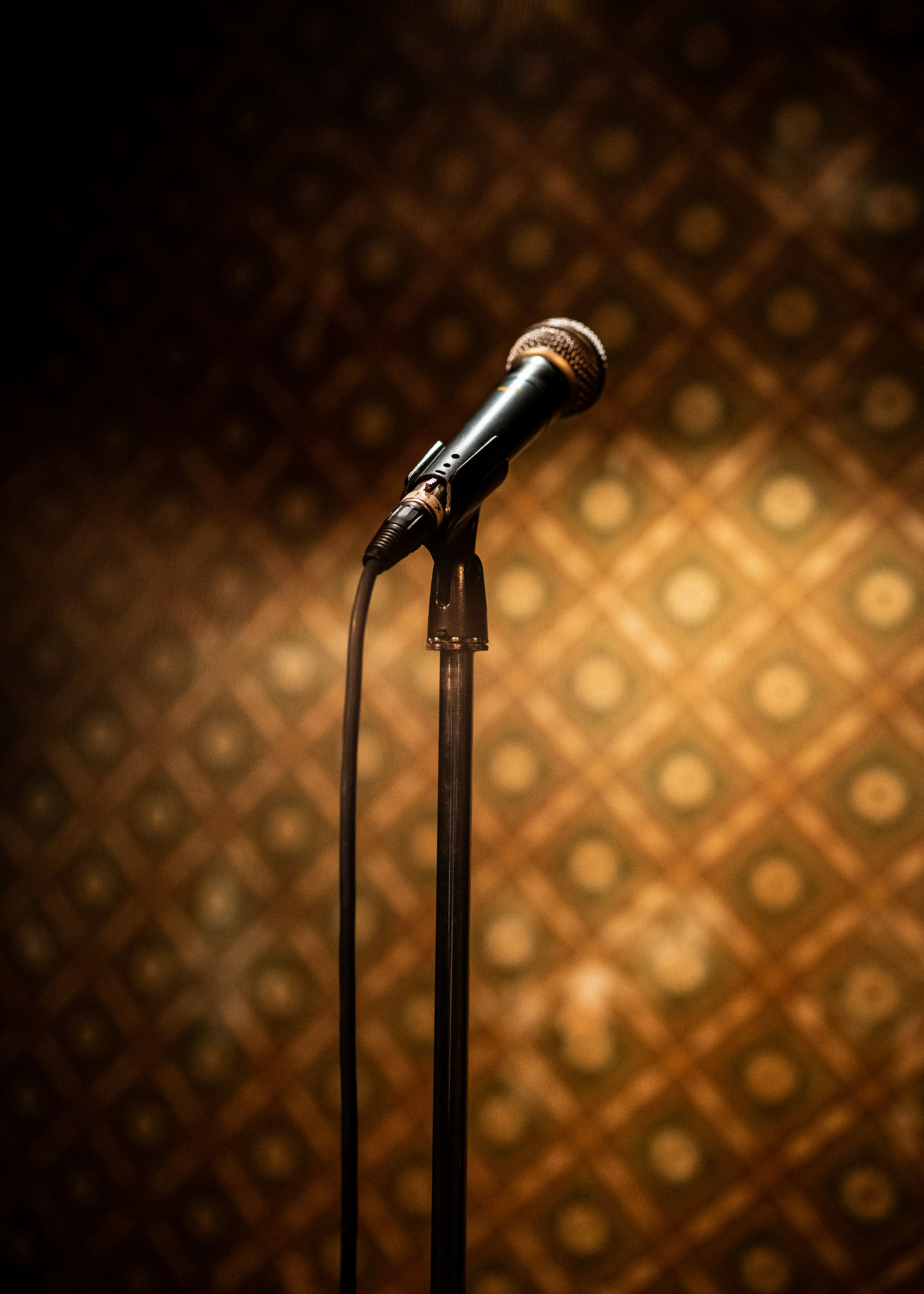 The man's name is Lenny Bruce. Today he is regarded as the founder of stand-up comedy, an art form that wants to be evil, sarcastic, cynical. An art form without innocence. Previously, comedians were service providers to the public. The deal was: We worked hard, so make us laugh. But delivering harmless gags to stun, while black people in the US aren't yet awarded equal rights? A bad joke for Bruce.

Perhaps this comes quite close to German political Kabarett. But this is of no interest to the Americans, and of even lesser interest linguistically. Stand-up? Means comedy. Sketches on television? Comedy. Kabarett? Comedy. Comedy? Just Comedy.

Bruce writes all his jokes himself. He takes aim at churches and the state and he provokes, says fuck and cunt on stage. As a phrase goes in Germany that got more and more popular over the recent years: One should be allowed to say that! But not in the USA of the 1950s. Bruce goes to prison, over and over again, also because of his drug consumption. In the 1960s he is banned from performing almost everywhere in the country. He dies impoverished, presumably from an overdose of heroin. But the door to stand-up comedy is now open. And the evil, now that it is there, remains.

Good stand-up comedians take the viewer by the hand, walk with him along chains of thought, turn where he wouldn't have turned, until at the end he finds himself in a place where he never would have gone alone. The American Bill Burr jokes, that, of course, there are reasons, to hit women. You just don't do it, he never leaves a doubt about that. But to insist that there are no reasons at all to hit a fellow being, finds Burr, is arrogant. „Are you levitating above the rest of us? You're never annoying?“ 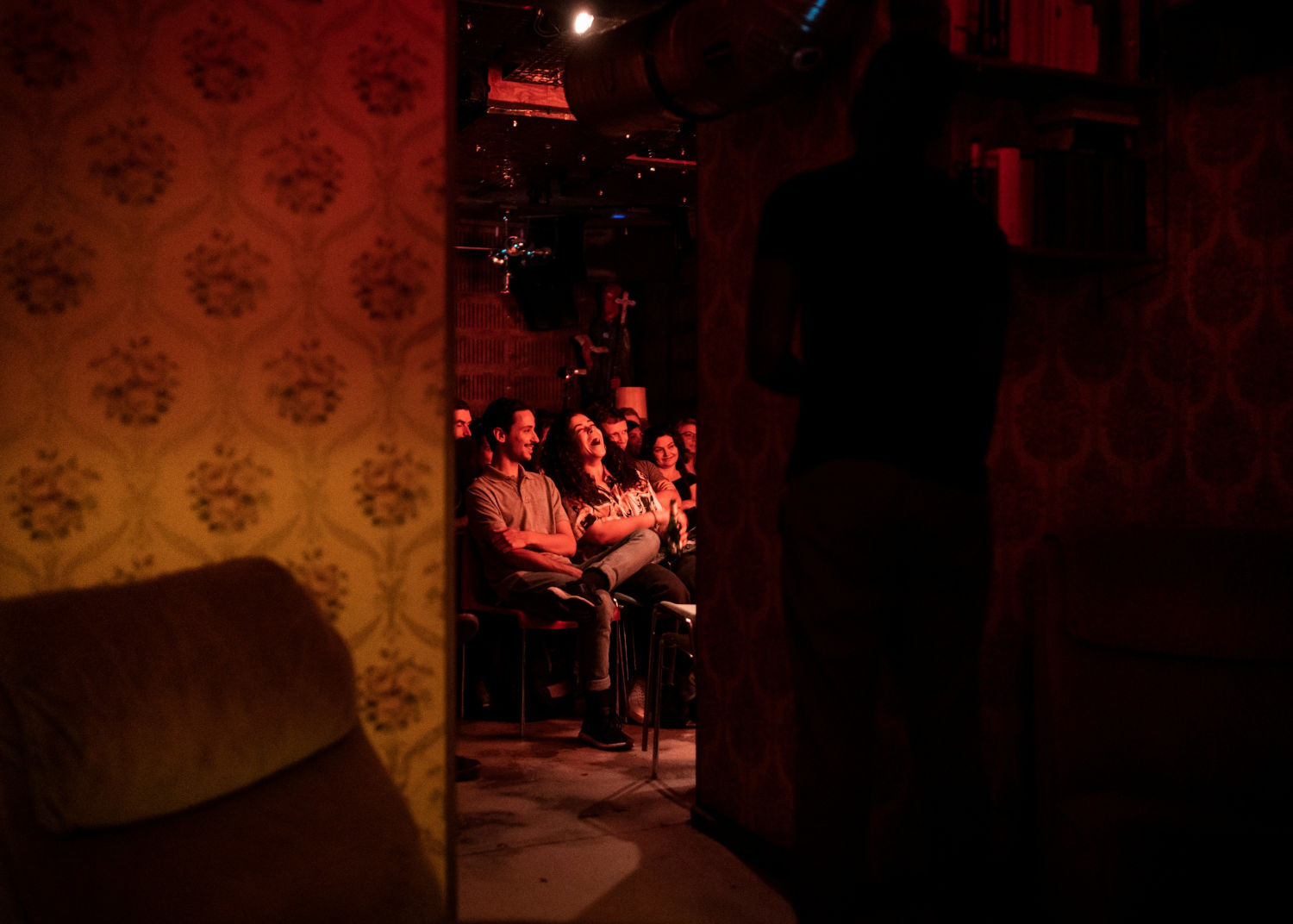 The world's most famous stand-up comedian is perhaps Louis C. K. In the course of #metoo he admitted to having sexually harassed women and retired from the public. It is undisputed that his work has inspired generations of stand-up comedians. C. K. (a deliberate misspelling of his real name Székely) talked about his dark sides, about the tendency to viciously pull on meaningful things.

For example, about protecting children with nut allergies. „Of course we should do everything we can to keep them away from nuts“, he said. „But if touching a nut kills you, maybe you're supposed to die.“ He goes on with this tandem of of course... but maybe, up to „Of course slavery is the worst thing that ever happened.“


Comedy does not arise from the attempt to be funny,
but from natural friction

Those are also things you don't actually say, at least not loudly or in society. And, of course, Burr and Louis C. K. also got shitstorms. But not the German kind: Over here somebody says something, like, let's say, the Altneihauser Feuerwehrkapell'n at their show at the Carnival in the Bavarian town of Veitshöchheim in February 2018. It's hard to translate a joke, but just to fill you in: The ensemble made a joke about French first lady Brigitte Macron, comparing her to a "well-adjusted sleigh". (I'm actually not quite sure what the joke was, probably that she is older than the president and even a presidential couple is having sex once in awhile and having sex with an age difference is supposed to be a matter of wild laughter. But my educated German guess is as good as yours). So this is how a shitstorm in Germany works: Somebody says something inconsiderate to the max or provocative, then gets contradicted, then doesn't understand what is happening and why, then, by means of intransigence or defiance, keeps the outrage going. Burr or C.K. are taking controversial positions, but they're doing it clearly. They present their thoughts and opinions in a comprehensibly constructed and well-founded way. The Altneihauser Feierwehrkapell'n, for example, refused to do this. 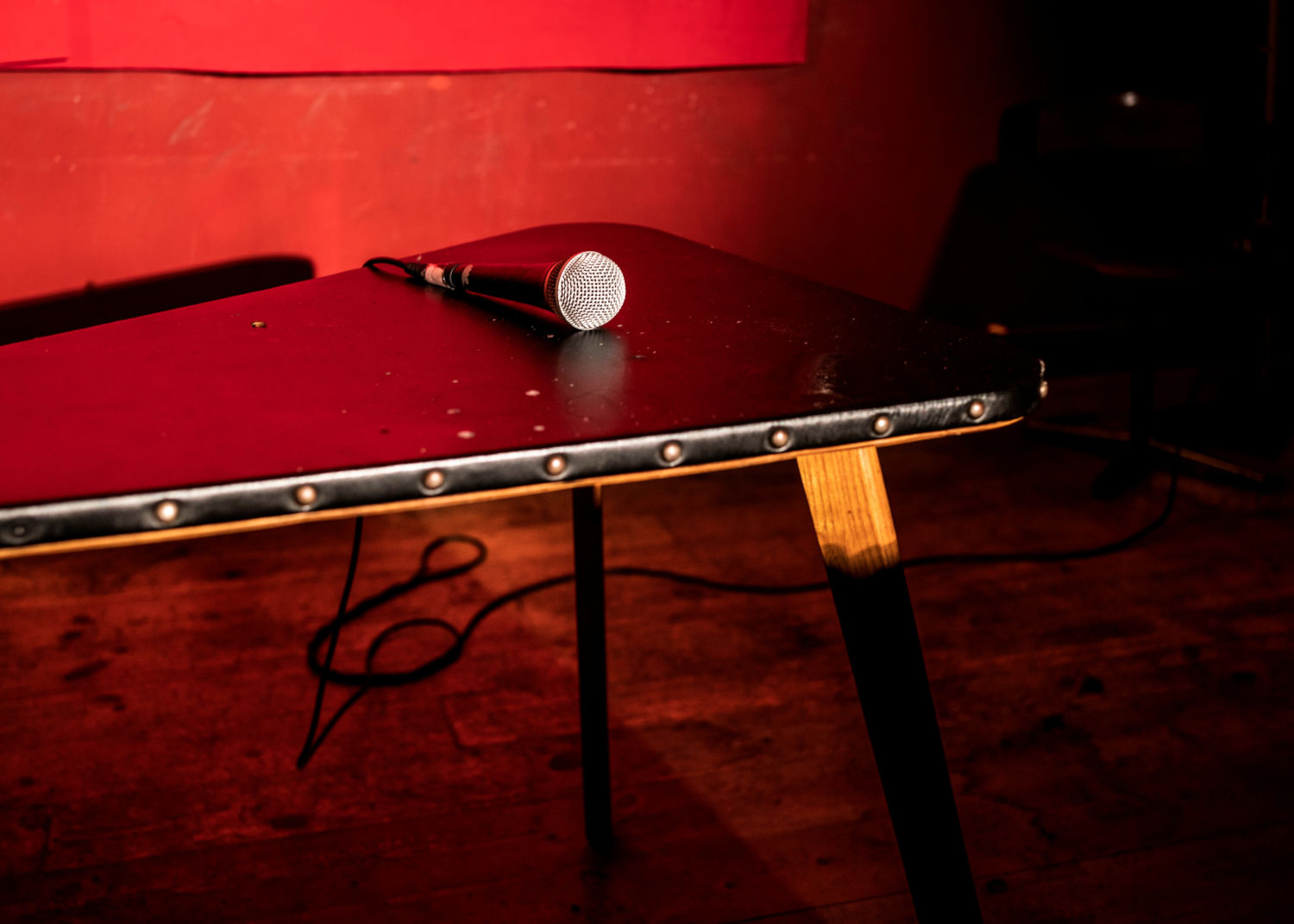 Burr's or C.K.'s comedy doesn't come from trying to be funny. Rather, their systems of premises condenses into a worldview that then meets the absurd world. This can be political, but never an end in itself, but always because the firm attitude rubs against the circumstances. And they act as identification figures, they are likeable and relatable  – who are we to blame someone with malicious thoughts?

Solid craft, world view, connectivity, these would be important factors for an existence as a comedian. But for a career, that's not enough. Because the most important ingredient is still missing.
CONTINUE TO CHAPTER 5
>
Impressum Datenschutz Setup/Punchline - Magazin für Stand-up-Comedy
© Bernhard Hiergeist