A short story of comedy: Germany

Earnest or amusing? Comedy or Kabarett?

Thalhammer's stand-up career began on the sofa and led him onto the stage as a presenter. However, he wanted more, and more importantly, he wanted to perform more often. In Munich the scene is still growing slowly. Therefore, in spring 2019 Thalhammer quit as a presenter at Ja&Weiter. His passion pushed him to Berlin. Without much ado, he founded Wilde Ponys, a classic open stage with an experimental part for improvising, at a time when both long and short form improv still being unknown art forms in Germany. That was also new for Berlin  – in the beginning hardly any spectators came. Thalhammer knows: All humorous art forms that wanted to establish themselves alongside political Kabarett in Germany are first viewed suspiciously. 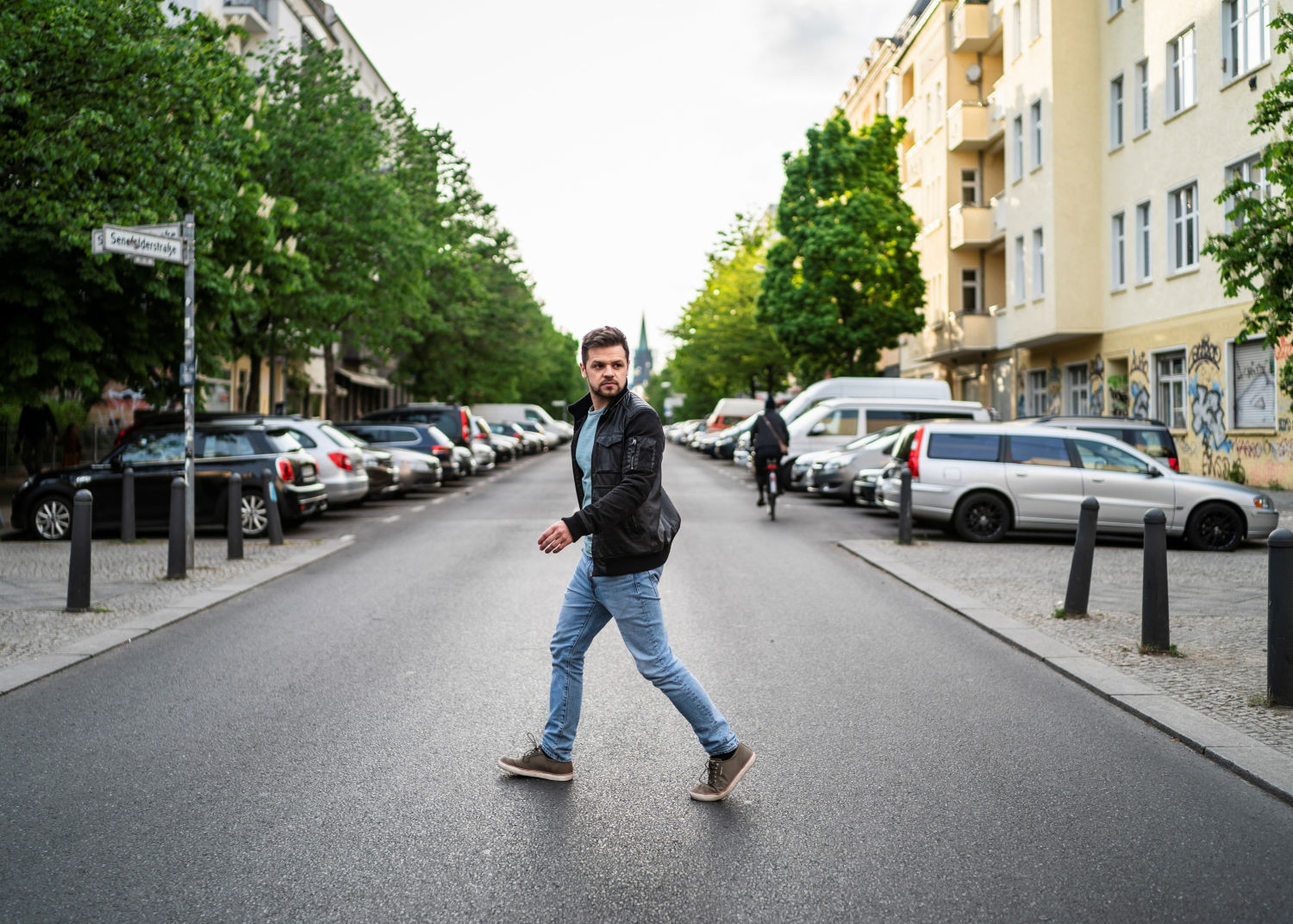 Above all, this has to do with a prejudice: Kabarett is important, it is critical of politics and society and it is demanding. And vice versa, everything that is not Kabarett is subject to a suspicion of banality. Stamped as dull stupidity. So everything that somehow is labeled comedy.

The separation between supposed highbrow art forms and entertainment is a well-known German phenomenon. Kabarett or comedy, E- or U-music ("earnest" and "entertaining" music, a distinction once introduced by a musical collecting society, but since then widely applied), opera or musical  – these are just a few examples of many. That such a sharp distinction is made has, of course, never been tenable in absolute terms, neither in times of Goethe nor in times of famous Kabarettist Dieter Hildebrandt. But it doesn't happen by chance either.


The Allies want the Germans to get used to democracy.
To this day, the Kabarett feels committed to this thought

A look back in history can help to understand the separation. Under the Nazis, Kabarett was strictly censored. This changes after World War II, when the Allies took over charge of cultural policy. Humoristic theatres like the Kom(m)ödchen in Düsseldorf or theSchaubude in Munich were founded. They served not only entertainment, but also denazification and re-education: the Germans were to be accustomed to democracy. For a long time, Kabarett in Germany will feel committed to this pedagogical approach. And, to the present day, the media confirms it: Kabarettist X „holds up the mirror to politics“ „gives society a lecture“ - such sentences are still written in 2019's newspapers and magazines. Not that holding up mirrors is not an honourable activity. But, as a condition for humour, it is also a restriction, an iron ball on the foot: be as creative and funny as possible. Do what you want! But please be critical, evil, clever, self-deprecating and show class. 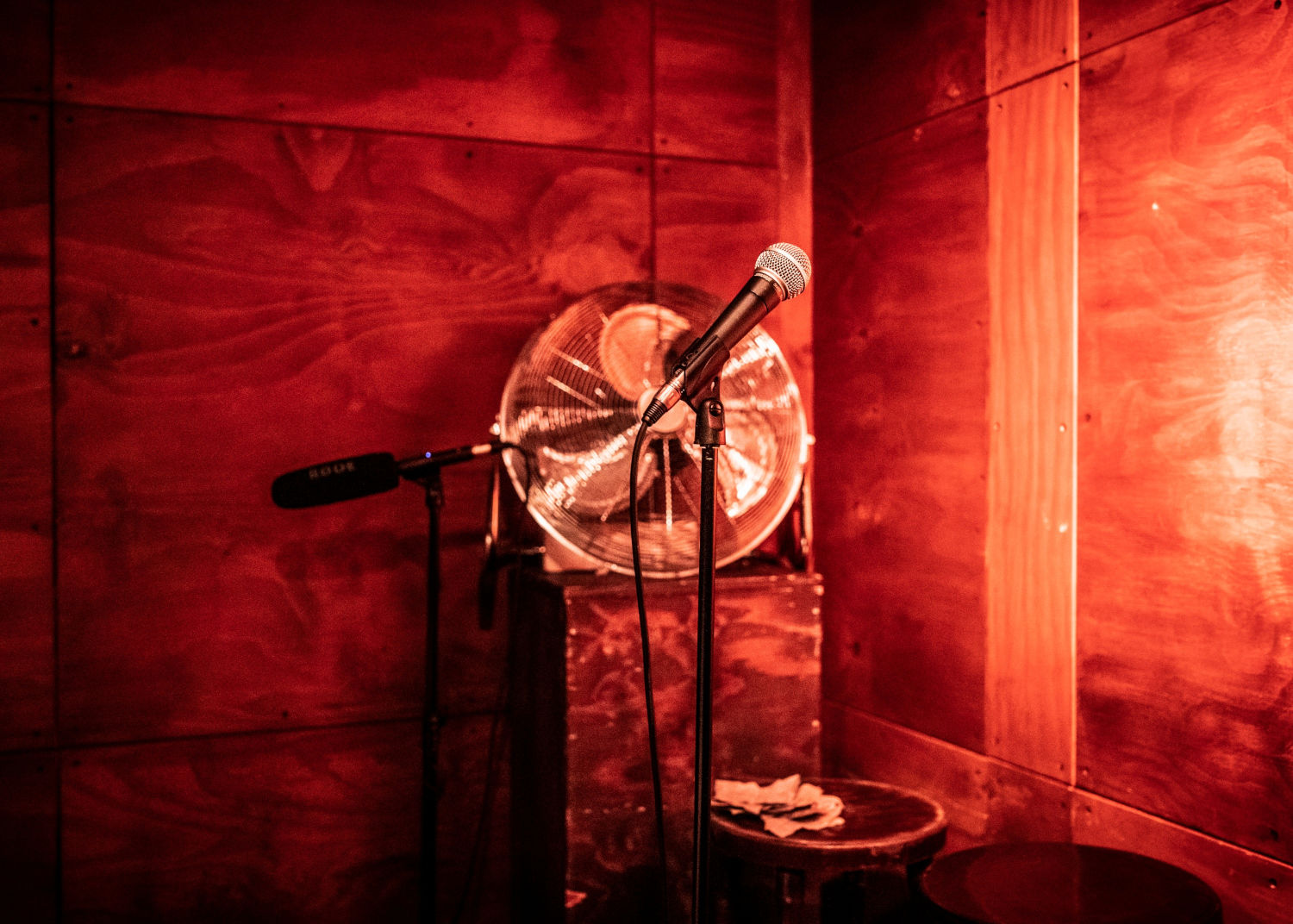 The Nazis also left the country with the insight that words are dangerous. They can seduce. In literature this leads to the „Kahlschlagliteratur“ of “Stunde null“ („clear cut literatur of hour zero“). On television it leads to light evening entertainment. Lively shows for the whole family, whereas the English or Americans can make cynical jokes about the war pretty quickly. „We just lost decades of humor development“, the comedian and producer Oliver Kalkofe describes it in the podcast Elementarfragen.

A good 50 years later, two things happen almost simultaneously. There's a bang, there's a crash, it rains confetti: The Quatsch Comedy Club is founded in Hamburg. And commercial TV station RTL shows the first issue of RTL Samstag Nacht. The show is a depoliticized knock-off of the American Saturday Night Life, the legendary comedy sketch show that made Bill Murray or Eddie Murphy stars. So it seems that stand-up comedy has arrived in Germany.

If you ask young stand-up comedians today, they shake their heads. It's not the stand-up comedy that comes to Germany in the early 1990s, rather what German commercial television makes of it. Comedy is not a culture, it is an event. 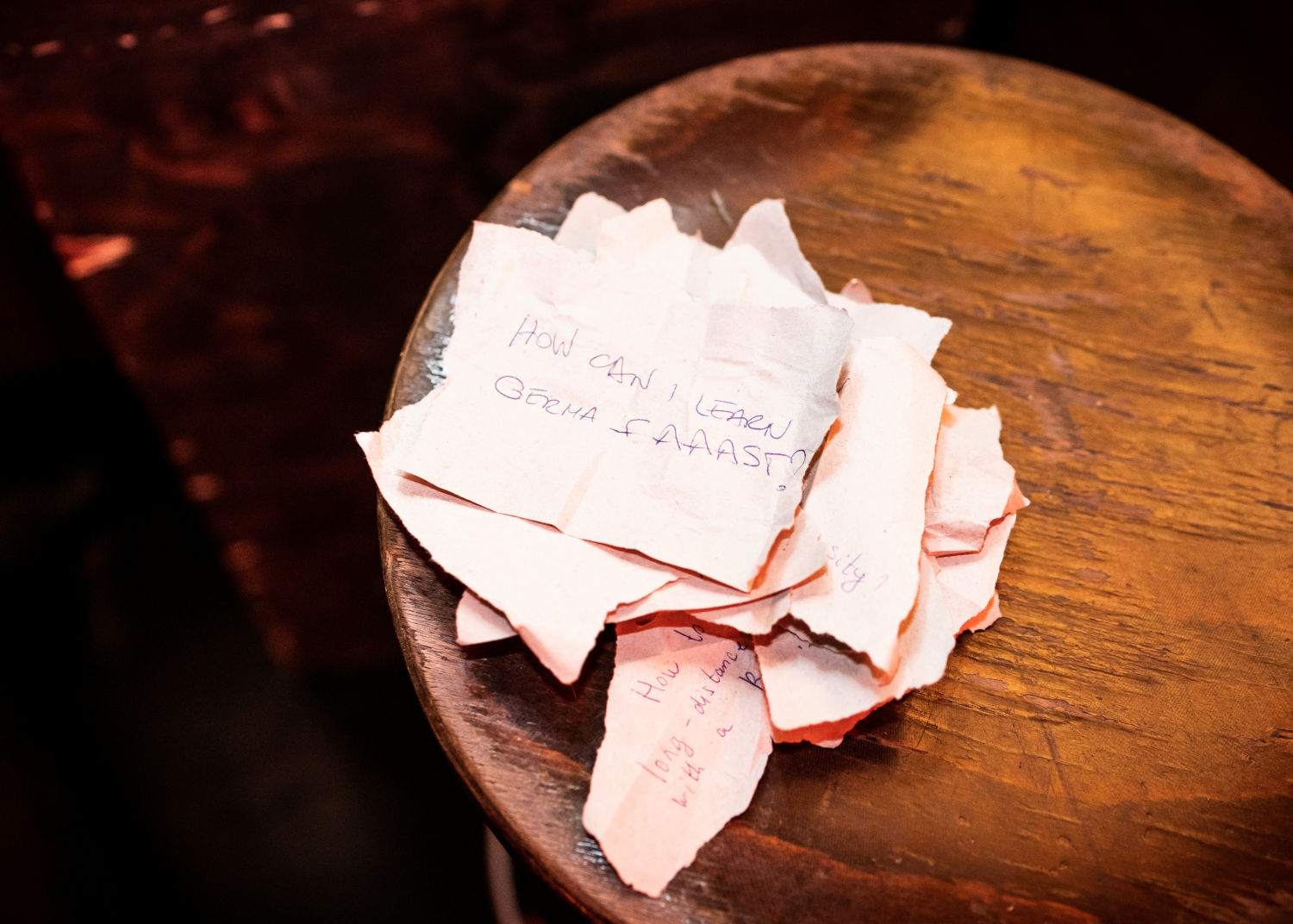 Commercial television makes comedy cool, but at the same time it cuts it down. While, before, the prophets of Kabarett could be seen in worn-out sweaters, now rock'n'roll moves in in jeans and T-shirt. At the same time, airtime has to be filled, there are more and more shows and formats on TV. The fluctuation of comedians is high and many are tested and run to the ground. In order to meet the great demand, they copy among themselves, producers buy programs from the USA, and hundreds of joke writers work in the background. The artists do not write their jokes themselves. Many dress up, put on wigs and adopt different characters on stage. The poor relationship person. The cool Turk. The Ruhrpott peasant.


Commercial TV makes comedy cool,
but at the same time it cuts it down

There are often no people on stage, but types and stencils. As crazy as television was in the 90s, so much heart it had  – often the expectable joke is preferred, the safe variant. It has to work for the masses. If comedy on commercial TV had to be brought to a formula, it could be: Laugh it up! Laugh!

Comedy is always on the way somewhere else? There's hardly any room for that.

Stand-up comedy comes to Germany like a spaceship that flattens cities. And for many years, the fact that there are also nuances of tone has been forgotten. For in the USA it has grown organically as an art form since the 1950s and even longer.

And with that let's jump across the Atlantic Ocean to get to know the Wolfgang Amadeus Mozart of stand-up comedy.