Time to kill it 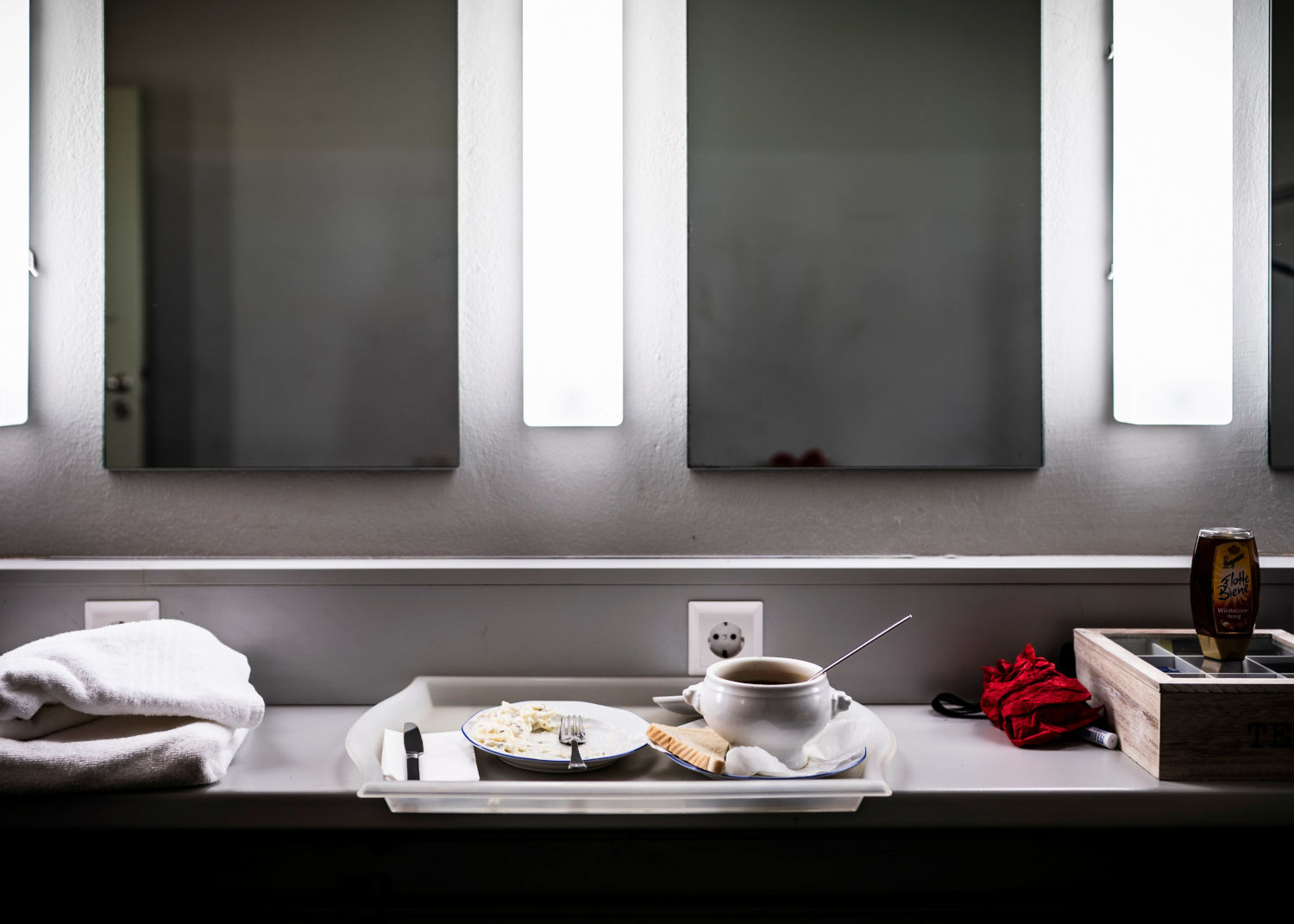 The road to comic success

Where the road for Erika Ratcliffe might lead, you can see on one evening in the Salzstadel in Landshut. Bavarian province. The stage in the medieval hall with its wooden beams and struts is bathed in red light. On the stage there is Maximilian Gstettenbauer, 31 years old, confident, smart, called Maxi. Red or blue light? Sound is fine. Sound and light checks take two minutes. Comedians are a thankful business for promoters, supposing of course they pull the people. Gstettenbauer pulls them. He's been doing that for ten years.

A good 200 spectators came into the Landshut Salzstadel, sold out. Gstettenbauer climbs onto the stage and begins with an anecdote about him sitting in front of a café watching a raven crack a nut. He plays himself, he plays the raven that gets more and more annoyed. In the end, the bird drops the nut from the air, the nut then hits a cyclist causing an accident. The police later question Gstettenbauer as a witness.

„And then I was in that stupid situation again: I had to lie so people would believe me“, he says.

„I then told them it was the refugees' fault.“ 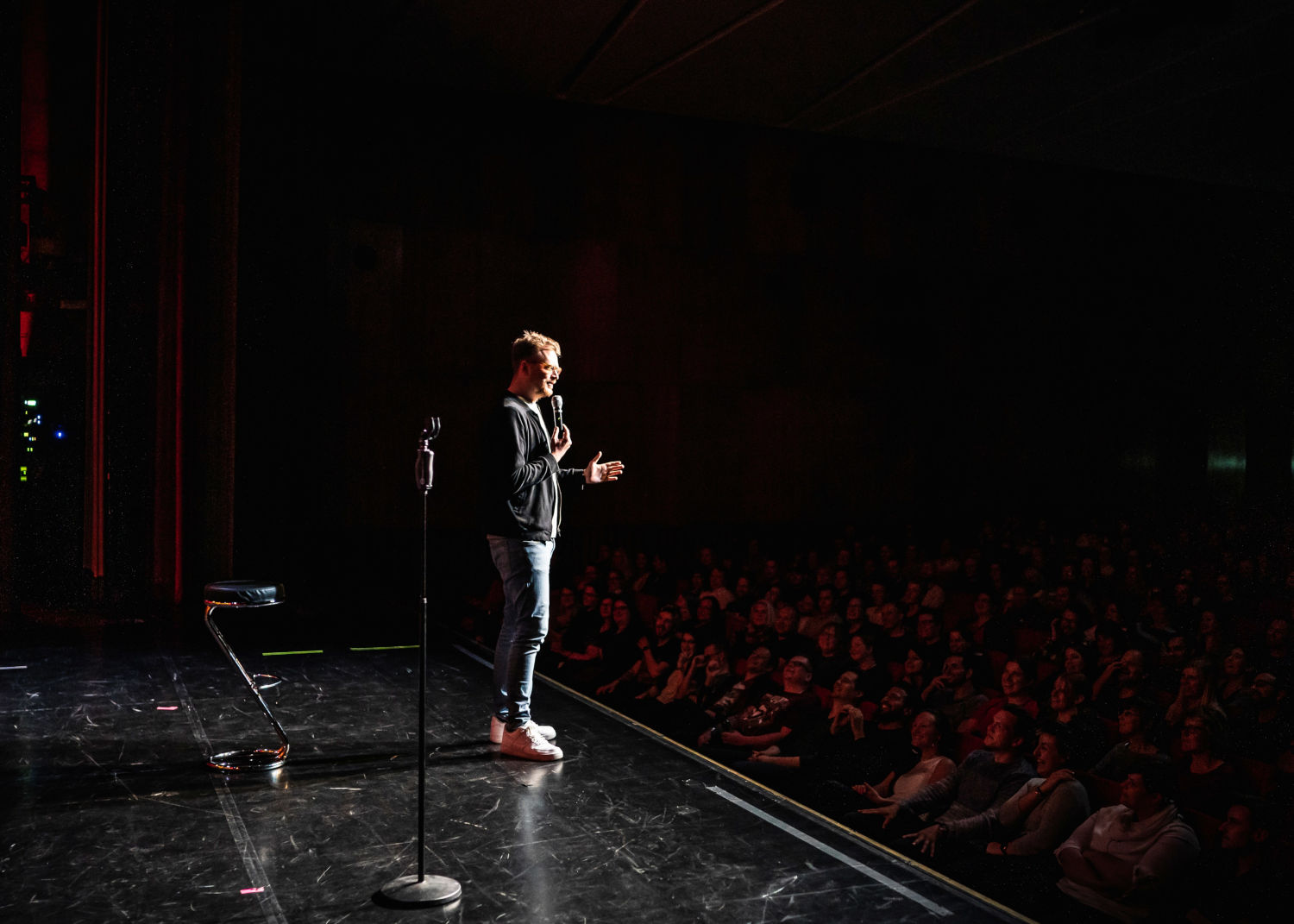 Gstettenbauer talks about his love for video games and about being a stay-at-home. What it is like to be young and married. About the difficulty of growing up. Once, he says, he asked his father if he had ever had a plan in life. Gstettenbauer plays the father, who only laughs, half caught, and says: „I just put it in and there you were.“

He plays a bit about the tv show Germany's Next Topmodel. It's a little older, but it works. He says, how absurd it is when young women think they are fat. „Well, I say: No, you're not fat. She's not fat at all. But then she clings to her belly with one hand“  – he does the same on stage  – „and she says: But look here, that's fat. Why is there so much fat? And me: Yes, because... uh... you're still alive!“


"A joke is like a song, a poem, a sculpture“
Anyone could despair of everyday life, be it out of banality or out of mental overload. That's why Gstettenbauer, by talking about himself (or at least the version of himself that is on stage), talks about all young men at the same time. They are neither failures nor radiant winners in his narrative, they are people with fears and doubts. They give their best, but sometimes that's not enough. They mean well, but the world gives little to this attitude. Gstettenbauer can take even the smallest detail with humor, so he doesn't stand above it, but at least upright. All in all, that makes him a likeable guy. If the joke goes into the brain in the Kabarett, here it goes right into the stomach.

Would one describe Harald Schmidt as a being full of doubts? Jan Böhmermann? „Schmidt is not human“, said the former Schmidt companion Herbert Feuerstein in an interview with the German weekly „Der Spiegel“, „there is something supernatural in his personality“. 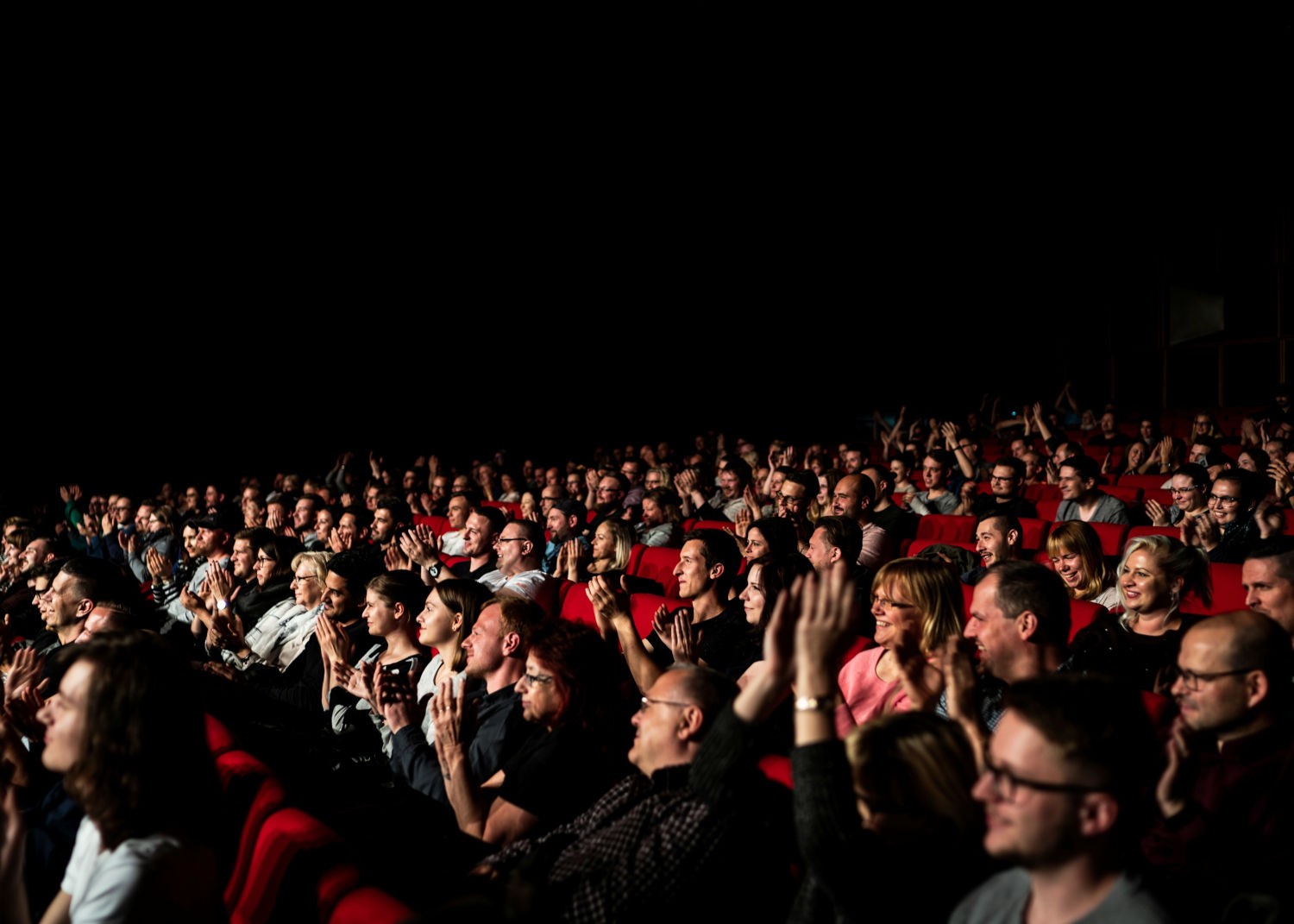 They've always floated above things, on the second or third meta-level. Just like the classical political Kabarettisten. Those who denounce have little room for doubt. Otherwise they would hardly denounce. The message is important, and whoever delivers it ultimately doesn't matter. It's not about emotion, it's about conscience. They don't make it easy for us, you can only laugh about that. Stand-up comedy, on the other hand, says: That's life. Let's laugh about it.

The best way to see this is live. Jokes can hardly be reproduced in written form. Sitting alone in front of Youtube in the living room, you have to smile at the bits from Gstettenbauer's set. In the Salzstadel in Landshut, the crowd is waving back and forth with laughter, Gstettenbauer sets his punchlines so high frequency. In stand-up jargon: Gstettenbauer kills.

In the second half he has to start three times for a joke, because in the audience bottles are constantly clattering loudly. He uses this for conversations with the audience. When one of them responds with a snappy comment in regional dialect, Gstettenbauer, himself from the region, pauses.

„Did you hear that? That was once again a great example of this special ability of the people around here. They only say a short sentence. But the tone of voice lets you know what a giant stupid asshole you are. Oh, I love being back home so much.“

This is followed by ten improvised minutes about the essence of region. For the audience they are the best of the evening. Because they know that this belongs to them and to them alone.

Preparing material, but also recognizing the opportunity for improvisation: Gstettenbauer has acquired these skills, on the hard slog from stage to stage. A few times he performed on German TV entertainer Stefan Raab's show TV Total. Today he fills theatres, city halls and congress halls. At the beginning of the year he played in the Theater am Tanzbrunnen in Cologne. A few weeks earlier Bill Burr performed there. 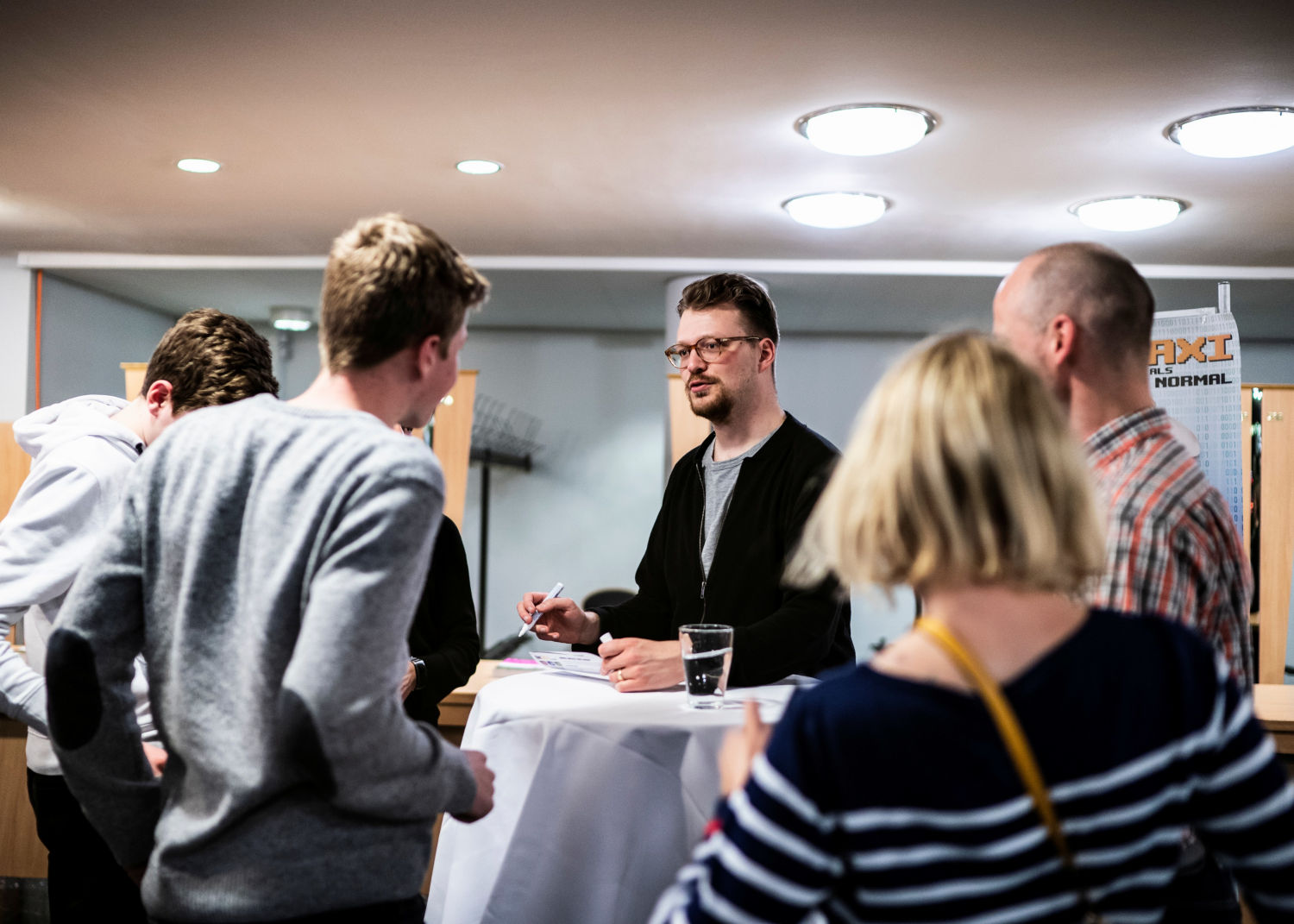 „Today it is easier to find your audience“, says Gstettenbauer in the spacious artist's cloakroom. There used to be the gatekeepers: commercial TV stations, production companies like Brainpool from Cologne, programmes like Quatsch Comedy Club, which determined what was on television, i.e. reached the masses. Television or nothing was the solution. Not any more today. „Television today is always dependent on someone getting famous on the internet“, says Gstettenbauer.

„Maybe as a comedian I never get to play in venues with a thousand seats, because I'm not mainstream enough.“ But one certainly gets to draw 200 spectators in a city like Landshut, or even more, 200 interested supporters.


Kabarett or comedy? Only the Germans make this distinction. „Because we deceive ourselves to think:
If no-one laughs, things are probably sophisticated.“

And the Internet does something else: It creates a global sense of humour. On Youtube or streaming portals like Netflix you can watch English, Australian and American comedians, good ones and not-so-good ones. Gstettenbauer doesn't want to say anything against German comedians, but: „I say: You like the German comedians until you get to know the American ones.“ Of course people still know Loriot or Hape Kerkeling today. „But people today also know Louis C.K., Monty Python, The Office or the Simpsons.“

What does that do to German humor? „There is no German humour“, says Gstettenbauer. „There's only humor.“ And it's becoming more complex, he finds, less schematic. „This separation, Kabarett versus comedy, has become completely outdated“, says Gstettenbauer. „This distinction does no longer bear any meaning for people in the audience.“ Only the Germans make it. Gstettenbauer says: „Because we deceive ourselves to think, that if nobody laughs, things are probably quite sophisticated.“ Vice versa: „Just because a joke is funny, doesn't mean it's worth less.“ 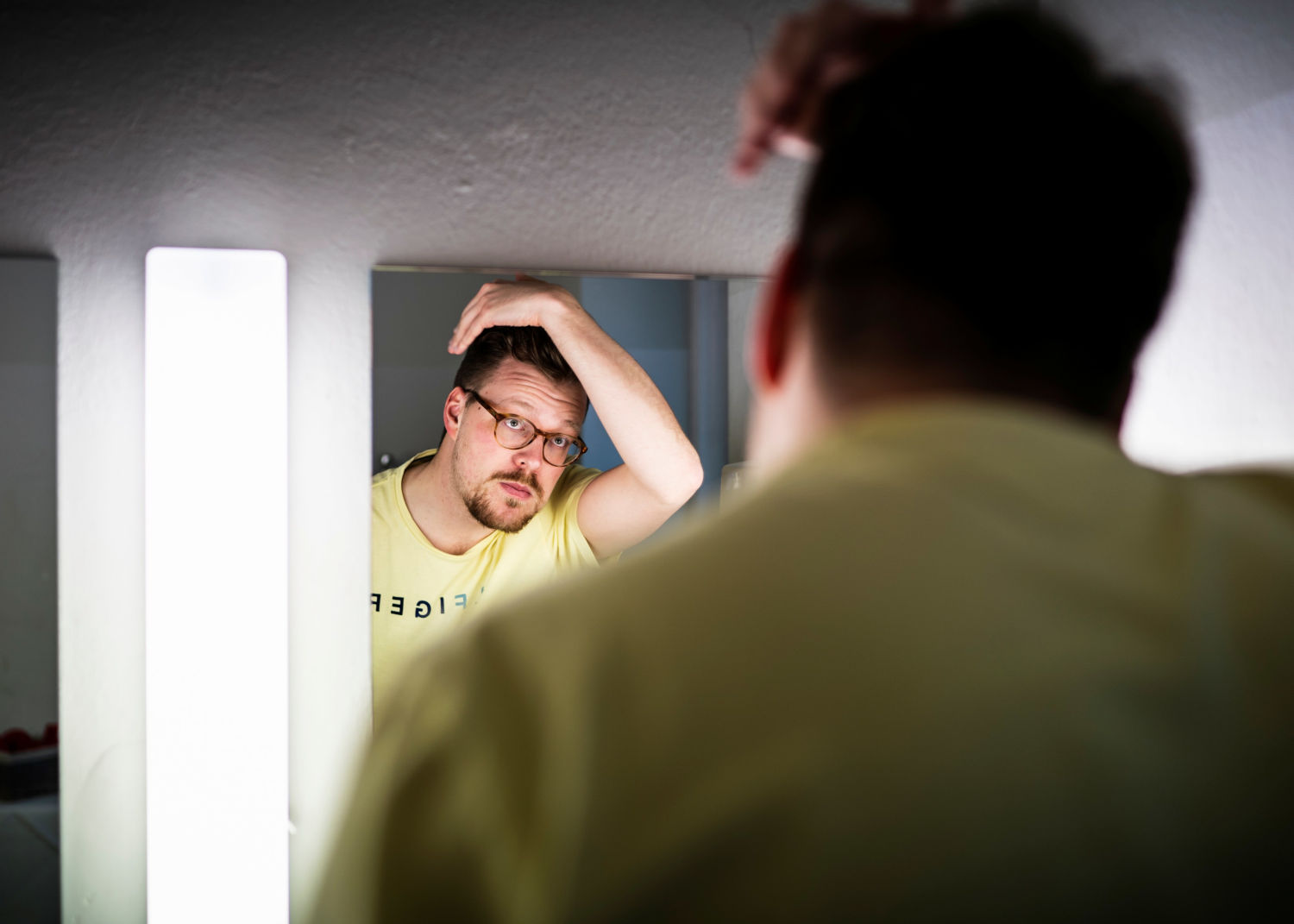 As if the funny was always the banal and the obvious. Think about how much thought and work it takes for a joke to ignite: the choice of topic that fits the comedian, that simultaneously appeals to the audience, an attitude to the world, emotion, the creation of tension, the disappointment of tension with an absurd punchline that turns everything upside down. Comedians like Gstettenbauer sometimes are working for years on 60 minutes of polished joke material. „In Germany a joke is not yet understood as an achievement“, he says. „But a joke is like a song, a poem, a sculpture.“

Art is beautiful, but it does demand a lot of work. Ingenuity does not fall into your lap, it arises from the mastery of the craft. In comedy this means: writing, adapting, discarding, restarting. More open stages are needed, says Gstettenbauer. „People have to try it out for themselves.“ That's how it went with the poetry slam. If there are more comedians, then there are more good comedians. Simple maths.


The internet created a global sense of humour
Doesn't it mean there will also be more bad comedians? Yes, perhaps. Meh. Everybody bombs. Maybe the humour in Germany can act more freely again, or for the first time. Maybe it can lose the iron ball at the foot. Until people won't laugh against each other any more. On the Ja&Weiter podcast Gstettenbauer once told the story of how he went on stage in San Francisco a couple of years ago. It was Comedy Day, a comic festival in the motherland of stand-up comedy. In the audience was also Robin Williams, who, for Germans, is the great actor from Good Will Hunting and Jumanji and winner of the Academy Award. In Germany only insiders and the comedy nerds know Williams as the stand-up legend that he is. (On the podcast, presenter Hans Thalhammer asked Gstettenbauer awestruck, if he might touch Gstettenbauer's eyes.)

As Gstettenbauer tells the story, Williams said: You only played the funny guy from Germany on stage. But that was not you. You don't have the courage yet to talk about the things you actually want to talk about. One year later the two met again at the Comedy Day. According to Gstettenbauer, the stand-up legend remembered the tiny German comic. „Hey Max“, said Williams. „How is Germany?“
Impressum Datenschutz Setup/Punchline - Magazin für Stand-up-Comedy
© Bernhard Hiergeist